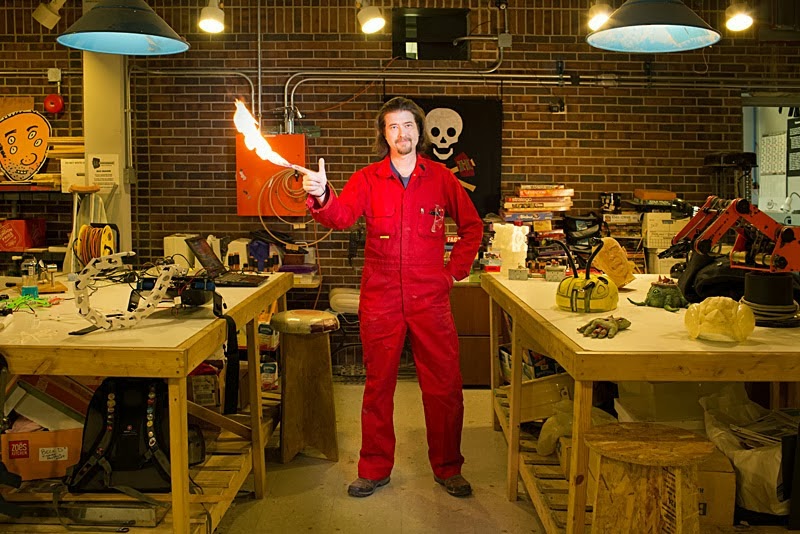 I have been making and breaking things from a young age. My grandfather showed me that you can make anything you can imagine by putting a steam engine into a Ford Pinto. My dad is an interior designer who taught me to appreciate the beauty of good design and by filling my childhood with creative construction. My favorite was the Swiss-Family Robinson style tree house that hung on chains from the tree I would later marry my wife under.  My mother taught me how to build costumes and work with fabric and has always had 4 or 5 projects under construction at any time.

I started silversmithing at 15 and blacksmithing and bladesmithing and bronze casting at 19. I was an apprentice to a master smith and good friend.  He taught that skills must be passed on and that there is no such thing as competition when you are an artist. Thanks to the artists I met through my work I learned leather working and paper marbling and glass blowing and paper making and ceramics and...

For the next 20 years I built quite a lot of things. I have designed and rewired homes and factories. I have rebuilt engines and designed and built factory robotics.  I've built antler catapults and paper rocket launchers. I have built animated zombies and alien robots. I'm the creator of many tentacled monstrosities and electromagnetic crane games. I've built Ruben's Tubes and Flame Organs.  I've built my sons a TARDIS bedroom and turned a sonic screwdriver into a TV-B-GONE.  I have programmed our workshop with a psychotic neat freak AI announcer named IRIS.  I have brought to perfection the crudely conceived idea of a machine that could not only supply inverse reactive current for use in unilateral phase detractors but also synchronize a cardinal gram meter: The Quantum Encabulator.  I have repaired the 3D printer way too many times.

Next I want to help you build that thing you've been thinking about. 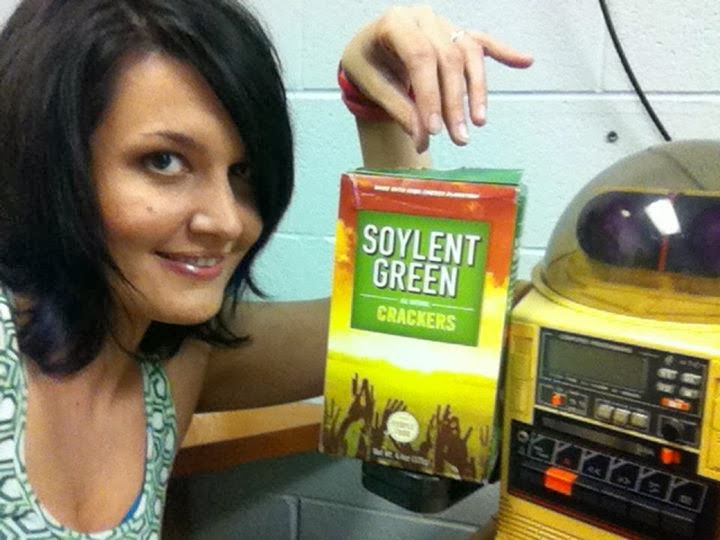 I grew up in a house with a soldering iron bolted to the breakfast table and a kitchen pantry full of resistors and capacitors.  My dad kept the basement full of ham radio projects and back up batteries for the power inverter that kept our house lit when every other house on the block was dark and icy.  I rode to school in a Citicar electric vehicle with the first car phone I knew of.  My house bristled with sensors and x-10 controllers and security cameras. My doorbell played the notes from Close Encounters.  Everything I grew up around was hacked, modified, improved, reinforced and covered in hot glue and electrical tape.  I LOVED IT.

So I found a He-Nerd for my She-Nerd and now we have two little Nerdlings and a hackerspace to play in.
Surrounded by robots and screwdrivers and lasers and mayhem, that's where I belong!

I am the resident digital electronics, programming, and subtractive digital manufacturing expert.  I graduated from the University of Kansas with a degree in computer engineering. I spent a few years working for Intel and Garmin with designers of various embedded systems, working heavily with the Linux kernel, contributing to various open source projects and learning a lot about the manufacturing and software development practices in the commercial electronics sector.  I later set out to start my own short run manufacturing business and eventually moved my operations to Hammerspace.  I now handle much of the commercial work for clients at the space while developing my own products in my spare time.  I own Built-to-Spec which provides consulting and design work for mechanical, electrical, and software components. I also own, maintain and operate much of the digital fabrication equipment at the space. Come see me about all your laser cutting, milling, routing and electronic fabrication needs.